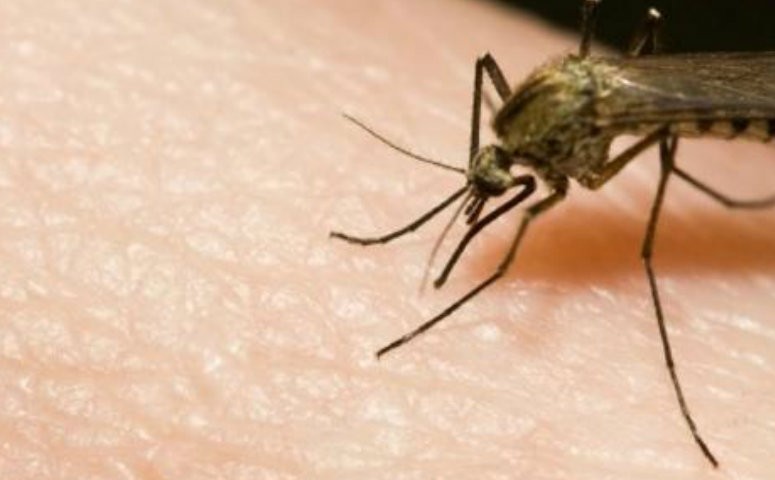 It’s summer now, and normally it’s the season when I spend the bulk of my time trying not to scratch my skin open. Mosquitos always love me, biting me in my sleep and generally making me claw at my flesh until I bleed. Yeah, I seem to have no self control in that regard.

I always laugh, though, because while the mozzies love me, they have absolutely no interest in Dean. It’s so clear cut that sometimes if I hear them buzzing around me in the middle of the night, I’ll put his arm over me and they go away (until I get too hot, throw his arm off and end up getting chowed on anyway). This summer, I haven’t been struggling, though, and I was struck by a weird idea.

At first, I figured that there just weren’t many mosquitoes around – I assumed that the drought and heatwave meant that there wasn’t the necessary stagnant water for them to breed in. However, when we saw our friends Stacey and Brad over the weekend, they were commenting on how much they were getting eaten. So obviously the mosquitoes are out in force, but they haven’t been after me.

Now, it could be something cool to blame on pregnancy. Maybe my blood tastes different or my skin smells different and they’re just not as keen on biting me. But then I had a different, more unnerving (but kinda cool) thought.

Right now, I’m growing a human that is made of my genes and Dean’s. That means that there’s a bit of Dean inside me (insert lewd joke here). I mean, all the time, for all these months, I have some of his DNA kicking around, merging with mine to create Harley. And after I give birth, apparently some of Harley’s cells will remain behind. Well, supposedly – I’m not too sure I believe that. But there are articles that say that some cells remain behind and that’s why mothers have such strong intuitions about their kids – they are still connected in some way.

So yeah, I don’t know that I necessarily believe that part of the story, but I do know that right now I’m different than I was. Whether it’s because of the pregnancy hormones and chemicals or the fact that I have another person’s genes inside me, my tastes in food are different, my propensity to get eaten by mosquitoes is different, and who knows what else.

Could pregnancy actually change me on a cellular level? Could this be a change forever, or will it all go back to normal after I give birth?