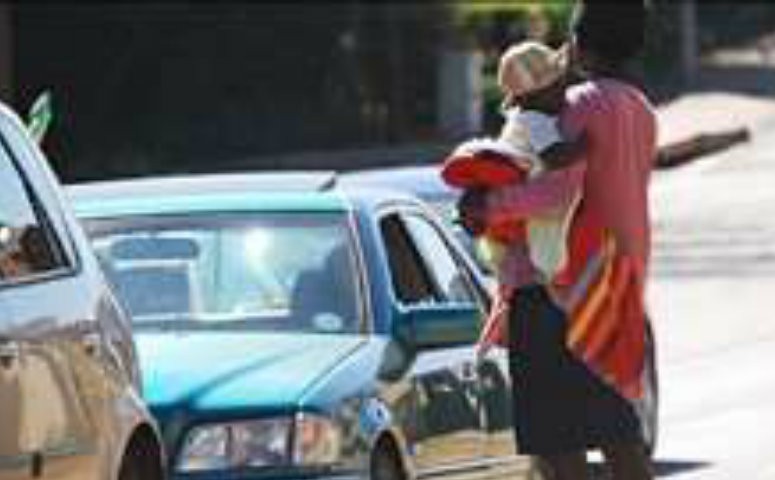 Dean has always said that I have a soft heart. I have compassion for people, I just can’t help it. Part of it is that I have empathy, that I can feel for other human beings and imagine how hard it must be in their situation. I also am a writer, and I know that it wouldn’t be hard to write the scenario where Dean and I fall on hard times. It’s a common story for so many people – economies struggle, jobs are shed, people get hurt, the list goes on and on. I know that Dean and I work hard for our life, and that even our comfortable existence could be turned on its head.

Since Harley came along, I’ve become even more sensitive. I mourn for strangers as someone’s baby. I feel for other mothers, no matter the struggles they experience, and I want to do anything I can to make life better for other people. However, I have noticed that my sensitivity and empathy might also be making me an easier mark for con artists.

Joburg is filled with desperate people. It’s sad and horrifying, but can’t be argued. There are beggars at pretty much every intersection, which is why I tend to roll my windows up when approaching them along my usual routes. I’ve gotten used to the usual beggars along the way – the blind guy with the kid, the fake disabled one with crutches (who I’ve seen run for a taxi after his “shift” ends), the guy with leprosy and without fingers. Growing up in New York, I know about homeless beggars and the sad reality of needing to look away, to not give everyone money. I do try and help where I can – giving my leftover food if I’m not going to eat it after a night at a restaurant, or donating clothes and other goods to my maid or other charity drives.

Lately, though, a woman appeared along my usual route. She carries a small baby. I know that most of these women are scammers. I know that there’s a huge racket here in Joburg where women can get paid hundreds of Rands to rent their babies out for a day, a week, a month. I can only imagine the level of desperation a woman must be experiencing to “rent” her baby to another woman, to a stranger. Even knowing that, I couldn’t help myself – I rolled my window down and gave the woman R10. I hoped that I was helping, but I also decided to ask a couple questions while waiting at the intersection – I asked her if it was a boy or a girl, how old he was.

Maybe it was a language barrier, but I think it was something more sinister. She said he was a boy, and was five months old. No way was that baby five months old. And the way she held him, looked at him… She thanked me for the money, but when I asked about the baby she didn’t look at him, didn’t smile, did pat him or show any affection. I was scammed. I played into the baby rental underbelly of this city, and it makes me so sad.

I’ve seen her since that day, never rolling down my window or offering money. But I still feel for that little baby, wonder about his future, wonder what chance at a good life he will have when his time as a baby is spent on street corners begging for money. Will he go to school when he’s the right age? Will he grow up to get a job? Or will he instead become some sort of crime lord, paying women a pittance to rent their babies to better beggars? Will the next young mom at the intersection give them money, continuing this awful cycle?

Motherhood has made me more empathetic, more understanding, more compassionate. But I wonder if it has also made me an easier mark. I avoided the guy in the shops who asked for help to buy nappies and formula – pointed him out to management, who escorted him off the premises as he’s a known conman. I don’t fall for plenty of scams, but I do see that I could become an easier mark. What if the next begging woman really is holding her precious baby? What if she is just trying to get enough money to buy something to eat, something to give her baby? Can I really just say no to anyone and everyone in need just in case they’re a scammer?