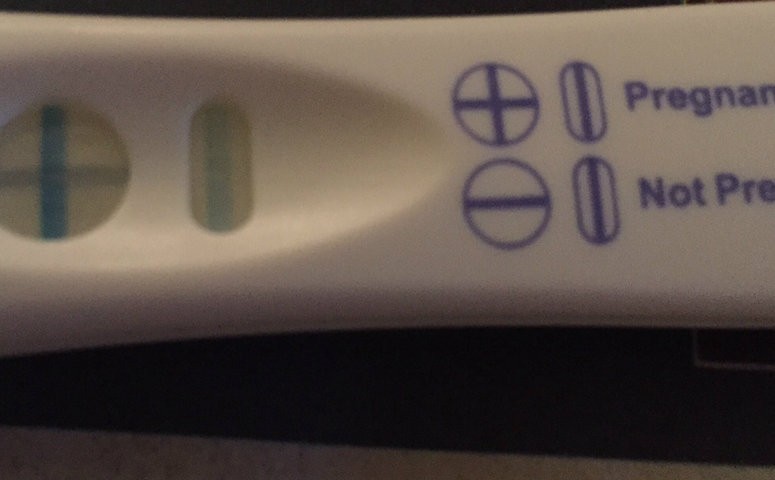 When Dean and I got married, everyone was instantly asking when we were planning on having a kid. In fact, we weren’t planning on spawning at all. We loved (and continue to love) each other very much and saw no reason to grow our little family. We just wanted to spend time together with our cats, and figured that we would never have kids. In fact, we had talked about it over the years we were together and agreed that we weren’t really all that interested in procreating. This is part of why everyone who knew us was so surprised when I announced that I was pregnant.

It was a big decision to make, and quite different to what we had thought about before. In actual fact, it was something of a gradual decision that evolved over a bunch of months, with a sudden leap towards the end. I know plenty of couples have no interest in breeding, and that’s totally cool, and others have zero doubt that they want to reproduce one day. Our journey was a bit more circuitous, but still ended up with some decisive moments.

Around this time last year, Dean and I started dropping the odd silly comment to each other. Keep in mind, this was after 7.5 years of saying we had absolutely no intention to have kids. But all of a sudden, Dean would talk about how he always handles the braai when we’re at his parents’ house and one day his kid will do the same for us. Next I would mention some book or series I loved and how it would be so cool to pass that on to a little munchkin one day. Dean dropped the casual statement that if we had a boy, he’d want a son named Mace, short for Mason.

These were all small comments, nothing committal or serious, but started showing a theme for both of us. We were maybe sort of kinda getting broody. But things came to a head at the end of last year. I celebrated my 30th birthday and had a wonderful time. In the days that followed, I said to Dean that we had to make a decision once and for all. I was getting to that age where conceiving and carrying a child was only going to get more difficult. If we really didn’t want to have kids, that was fine, but we had to decide.

He agreed that we had to make a decision, but was still worried about the typically male logistical concerns. He said he knew that I would be an awesome mom, but could I handle the changes? Um, how could I answer that when it was sort of like saying “could I handle a complete change of life in ways that I have no idea about”? But he clarified and was just worried about how I’d cope with the physical changes during pregnancy. Obviously I’m doing so well with that… But I told him that I thought I could put up with just about anything for a limited period of time. My biggest worry was my boobs, which has then promised he’d have fixed after we had kids. We’ll see if that promise is kept in the years to come.

But then we had more serious logistical discussions – schooling and its costs, breast feeding and what sort of nappies I wanted. In news that I think totally surprised him (and me), I actually had answers for it all. Apparently I HAD been thinking about all this for longer than I realized. Once that first round of logistical questions were answered, it was time for the real heart to heart. Was this something we wanted? Should we go for it?

Clearly, we decided that it was an adventure we could have fun with. Sure, it would be hard and there would be parts that we might not like, but it seemed like something worth doing, if for no other reason than to go against the Idiocracy concept, hopefully. We agreed that we wouldn’t “try” to fall pregnant, but rather I’d go off the pill and we’d see what happened. It’s funny, after being on the pill for my entire adult life, it was so strange to be off of it. Obviously, those stories about where babies come from were true all along, and we were incredibly lucky; we fell pregnant within two months of my going off the pill. I guess all those years of practice paid off.

I’m glad we waited until now to make this decision. I know Dean so well and I feel like we can do anything together. We have enjoyed our time together and truly have a ton of wonderful memories and adventures that we’ve experienced just the two of us. Now it’s time to start a whole new chapter in our lives, and I’m so very happy that we made this decision when and how we did.