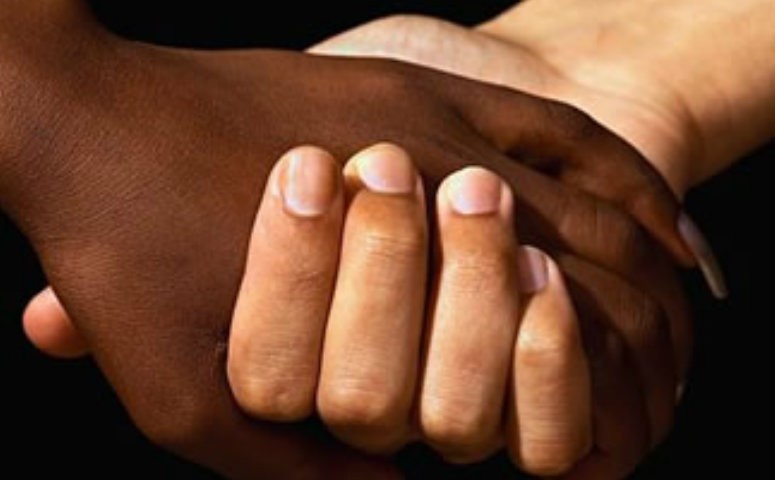 It was only a few days ago that I talked about how much I adore being pregnant in South Africa. People here LOVE pregnant ladies in a way I haven’t seen in other parts of the world. Everyone has been so warm towards me and the random acts of kindness can bring a tear to my eye (even when I’m not hormonal). But there is another side to things, one that will be much more apparent once Harley is born, and recent current events are making me even more cognizant of the issues.

I was incredibly lucky growing up. I mean that in many ways, but for the sake of this post I’m looking at two specific things. First of all, I grew up with privilege – I lived in New York City, attended private school, went to summer camp and generally lived that “privileged” middle class life that people love to moan about. On the other hand, I was also raised by a mom who wanted to ensure that I grew up in a multicultural environment. I didn’t even understand the concept of race until I was already beyond the point of being a child, and the idea of racism truly never made sense to me. I went to schools where my friends came from a variety of racial, religious and even alternative backgrounds (even back in those days, I had a classmate with two mommies) and it was only once I moved overseas that I started to see and experience discrimination in a new way. I’d like for Harley to have a similar upbringing, but I’m not sure how possible that is in South Africa.

At the moment, there are some huge protests going on, shutting down the universities. At face value, the protests are about the ridiculous tuition fees. However, much like the occupy movements we’ve seen in recent years, they speak more to the systemic issues in society stemming from racial divides, micro aggressions and privilege. In South Africa especially privilege is a tricky concept to tackle. Sure, democracy and freedom have been in effect for over 20 years now, but that doesn’t mean that the underlying issues have been resolved, nor are they easy to deal with. Plus, with people becoming defensive over the smallest references to privilege or reform, combined with the huge corruption in the country, I’m not sure the issues can be resolved in this generation or the next.

Can I raise her in a country so filled with casual racism and micro aggressions to still be color blind and understanding of people of all backgrounds? It’s important to me that I teach her about cultural backgrounds of people around the world – it’s something that intrigued me so much (and continues to) and I’d love for her to gain a better grasp of the world through the various beliefs that people hold. However, the local beliefs aren’t always so pretty. It’s just so normal here to hear people throw in racial terms in conversation that I don’t want her to learn, to make reference to people from other races as being some different or inferior. Even the most seemingly tolerant people that I know will get upset sometimes and use words or phrases that show how they really feel.

In the States, I wouldn’t let Harley go to unsafe neighborhoods. I wouldn’t put her schools or playgroups that weren’t socially mixed. But here, is it even possible to find people and places that aren’t filled with the kinds of casual comments that seemingly go unnoticed but can have a huge impact? Knowing or suspicious glances, code words and phrases that seem to imply racist views that are believed to be justified in this divided country are so commonplace, and yet I don’t want Harley to subliminally adopt those same views. Can it be prevented, or is that just the sad reality of raising a child in this country? Or, should that not be the goal at all, but rather to raise her to understand that some people might hold these beliefs but that it isn’t right and shouldn’t be tolerated?