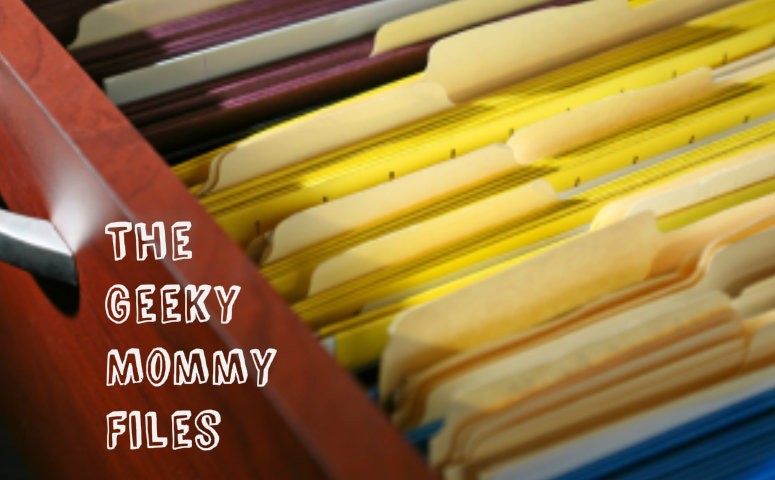 I love being a geeky mommy and figuring out what that means for me with Harley. It’s a daily journey as I try to learn how to be a mommy, and a geeky mommy at that. However, there are some awesome ladies who are further along on the path and have some really cool ideas that I’m totally going to steal. Welcome to the Geeky Mommy Files, where every Friday, I will be introducing you to one.

I first saw Pippa when she was a presenter on The Verge. That was before I was in the industry, and I remember being so happy seeing a cool woman presenting about games. When I actually met her at my first gaming events, I learned she was just as rad and nice in person. Plus, she is raising two gorgeous boys. A beautiful, geeky family? Yup, got some ideas to steal from her!

What makes you geeky?

Isn’t it the same thing that identifies most of us as geeks? I love video games, comic books, scifi and fantasy movies – and actually if we consider how popular these things are in general nowadays, can it really be called geeky? Geeky as I understood it growing up was always kind of fringe, and most of these things are no longer. Anyway, I think it’s really the enthusiasm for all aspects of a particular show/game etc. The more into it you are and the more you know about it, the geekier you are. I’m a complete Witcher geek for example.

Is your partner also into geek culture?

Yes, we don’t always like the same games or the same super heroes for example, but we do share a love of many of the same ‘geek’ elements.

How have you shared geek life with your spawnlings so far?

I think my kids by default have kind of just embraced it. I haven’t introduced my eldest son to Star Wars officially for example (I’m still debating if he’s a bit young to understand it), but he does play the LEGO games and watch the animated series. He’s also big into his video games, but I never forced it on him. If that’s his thing, cool. If not I can’t get upset over that. The younger one is still too young for me to know whether he’ll share the same interests but he emulates pretty much everything his older brother does, so while the older one is playing Skylanders, the younger one is sitting next to him with a broken controller “playing”. My eldest son is also one of the only kids in his group of friends who is so enthusiastically into video games, so I’m pretty sure he’ll end up sharing many of the same interests we do.

What are your plans for future geekery with them? (if any)

I don’t have anything specific planned. I’d like him to watch Star Wars, maybe films like The Princess Bride, but you have to let them find their own inner geek. My husband I think is a little disappointed that his son doesn’t share the depth of his enthusiasm for Superman for example, but prefers Batman. We have two, so there’s always a second chance for him with the other one!

How does being a geek change your parenting style? (if at all)

I don’t have a huge issue with video games and “screen time”. My kids choose going to play outside over video games almost every time, so I don’t feel the need to limit their screen time to a certain number of hours per day. Sometimes he plays video games all afternoon, sometimes he’s outside running around or playing with puzzles. I saw a noticeable improvement in his fine motor coordination when he started playing Skylanders and learning to use a controller, so I can see the benefits in that as well as in the way his imagination has expanded in the last year or so. Part of that is incorporating his usual penchant for stories, and part of the play is using elements from games he’s played, much like we all did as kids. I was really into He-Man as a kid, so most of my games and stories revolved around that.

If you could give other moms one piece of advice, what would it be?

Chill out. Don’t take everything so seriously. If your kid is a geek like you, awesome. If they’re not, then find other things to bond over. Screen time is only a problem if you’re using it as a replacement for parenting and not monitoring what your child is playing or watching. That’s more than one… sorry.