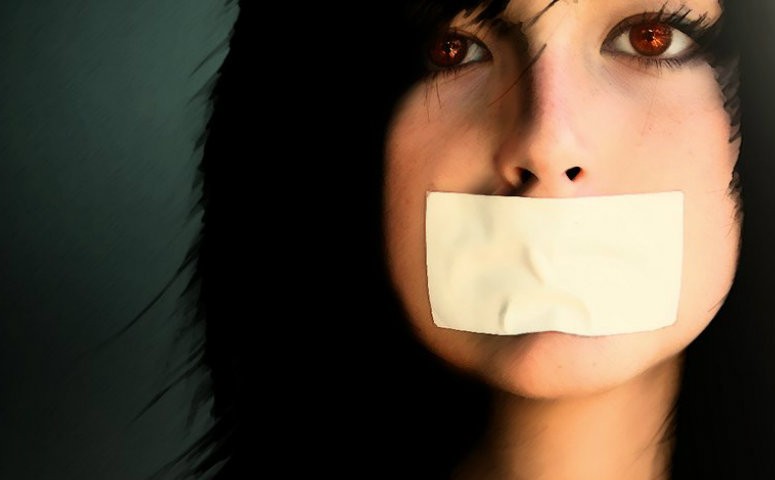 I’m lucky enough to have grown up with a mom for a writer. I remember many years ago, talking to her about writer’s block and the horror of staring at a blank page/screen. How can it be that someone so creative, smart and/or interesting could be without any words? Her belief at the time was that it wasn’t that the person didn’t know what to say, but that they weren’t giving themselves permission to write what they were really thinking.

I don’t believe in censorship, although we all censor what we might choose to say on a regular basis. We do this to be diplomatic or tactful, to fit into societal norms, to keep people around us happy or a myriad other reasons. It’s normal and accepted and even encouraged. We’re supposed to be aware of our words and actions and the impact that they might have on others. This week has been filled with biting my tongue and not saying the things I’m thinking because I’m not supposed to say them. I suppose that’s why it’s been so hard to write this post today – I spent longer than I care to admit staring at the screen before I could get myself to start writing these words. So here are just a couple things I probably shouldn’t say.

I thought I was lucky so far in pregnancy. I didn’t have morning sickness, and after the first trimester or so, I had energy and appetite for life. Sure, I could live without the swollen ankles and carpal tunnel, and the heartburn has been rather less than fun, but if those were the worst symptoms, I figured that I was coming out ahead. Of course, it wasn’t meant to last. The hormones have descended and made each day feel like an emotional rollercoaster. Then again, I don’t think it’s just the hormones, I really don’t.

The last few days (week?) have been filled with self doubt. A lot of it stems from things at work, although it’s also coming from some personal stuff as well. I feel like I’m being forced to justify my thoughts, feelings and opinions, which isn’t really all that new a thing – that’s just part of my day to day life. I guess I’m just emotionally exhausted by it at this point. I don’t want to have to voice an opinion with valid reasoning, and then be second guessed for it by anyone and everyone.

I guess I am still censoring myself – wrote a bunch of explanation of what’s going on and deleted it all. The long and short of it is that some confusing and distressing stuff is happening at work. At the same time, I feel like my ideas of what I want for myself and for Harley are being ignored by some – I will explain what I want and essentially be told that I’m wrong or that other people know better. I know that I get the final say on this matter – it’s the joy of being the mother – but it’s making me feel like people either aren’t listening to me, or that my thoughts aren’t being taken seriously.

So, right now the things I shouldn’t be saying but screw it, I’ll say them anyway. I love my job and think I’m one of the luckiest people in the world to be able to do what I do, but right now it’s feeling like a drain on my sense of self worth. I absolutely adore the people in my life, but I don’t feel like some of them are listening to me. My husband and I are incredibly lucky to have found each other and I love him with my whole heart, but geez he will be lucky to survive this pregnancy with me killing him. I am so overjoyed and excited at the prospect of the new life growing inside me, but it’s also an uncomfortable and unpleasant experience mixed with feelings of absolute terror at what I’ve gotten myself into.

There, I said it. No more blank screen. I’m afraid, I’m angry, I’m worried that I’m doing everything wrong and by the way, it is ridiculously hot and all I want to do is get into the complex pool naked. I think I feel better now. Time for a cry and a non-alcoholic beer shandy so I can try to finish this day.