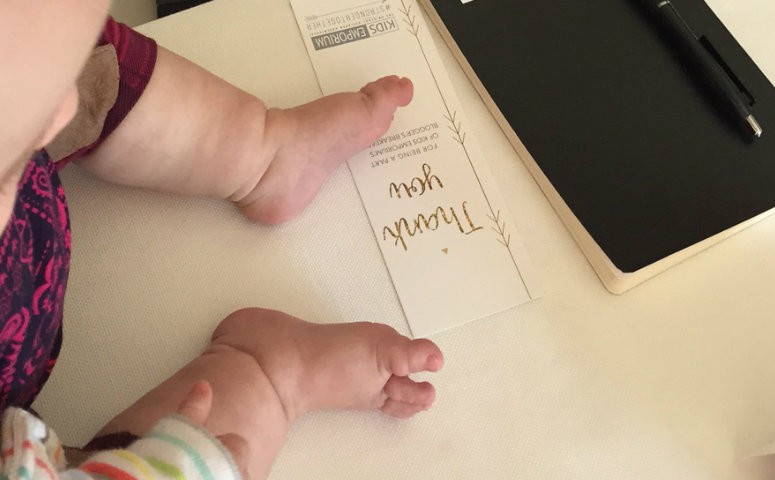 I never really interacted much with moms or babies before joining this special tribe of motherhood. I didn’t particularly like babies. I mean sure, they’re cute and stuff, but I wouldn’t go out of my way to look at one or ooh and aah. But, if I saw a pregnant woman or family with small children walking towards a closed door or carrying things, I’d always open doors or offer to help; if waiting behind a mother and child in the checkout at a store I’d smile, make faces at the kid and maybe tell the mom or dad how adorable or charming their child was.

You know, normal, good human being stuff. But I’d never try to hold someone’s person, I tried to avoid asking weirdly personal questions, and generally just limited my engagement to compliments and smiles or understanding before moving on. I wish more people were like me from back then.

There are two categories of people who are driving me crazy, but both fall into about the same age range – the 40-60 year old ladies who think they know better than me what’s right for my kid.

I was reminded of it on Monday. I went to a local mall to return a whole pile of baby clothes that Harley didn’t need. Either she’d already grown out of it before ever getting to wear it, or they were colors and designs that truly were not a fit for how I like to dress her. Most of it was pink. Anyway, while walking around the mall with her, people kept commenting on how beautiful she is, how adorable, how charming… but why isn’t she wearing socks! The poor child, she’s going to get cold.

Um, first of all, no she isn’t. If you feel her feet, they’re warm. She naturally runs warm, and generally hates wearing socks or shoes, preferring to use her feet like hands – an extra means of exploring the world around her. Second of all, do you really think I’m an idiot or something? What response were they expecting?

“Oh wow, I’ve never heard of socks? You mean there’s an article of clothing that can keep feet warm? I should try that for my baby. Thank you so much, random stranger, for informing me of this unique and revolutionary item for my baby.”

Of course I have socks for Harley. She screams when I put them on her because she’s already so hot and socks just make her uncomfortable. If it’s really cold, I might get away with putting her in a onesie with feet on it, but usually she just kicks and cries until I free up her feet, at which point she smiles at me. If that’s not communication of what she wants, what is? Obviously I keep Harley warm, just like I keep her safe and fed – why do strangers feel the need to tell me how to take care of my baby?

But then there’s the touchier subject… You see, Harley is starting solids. I’ve talked about it before. I did my research and decided to go the baby led weaning route. I’ve been exposing Harley to a variety of foods, from avocado to butternut, from oats to tapenade, and she even tried her hand at some Chinese dumplings the other night. So far, she really isn’t showing much interest in actually eating the food, but she’s having fun playing with it and sometimes licking or tasting it. There really is no rush, though – she still gets everything she needs from breastmilk, so food is just for fun at this stage.

Unfortunately, my in-laws don’t quite get it. I’ve had to deal with a bunch of comments in recent months, asking when I was going to wean, or start solids or whatever. Once I mentioned that I’m starting solids, they promptly went out and bought Harley baby cereals – exactly the stuff that I will never feed her. I was polite and said thanks, but that it wasn’t what I would give Harley but I appreciate the gesture. They then privately crapped on Dean about it, asking why I wasn’t feeding Harley the food they bought for her. I’ve heard them moan about how Harley needs food, although I think it’s just their own selfish fantasies – if Harley weans off the boob, I’ll just drop her off with them, right? Once she’s off the boob, they can replace me. It’s weird.

But it got far worse yesterday. Harley got to meet her great aunt yesterday – Dean’s mom’s sister. She’s a nice lady and we have always gotten along. There we sat, Dean’s sister, his mom and his aunt, all having coffee and chatting. Dean’s mom offered Harley a cookie and I stopped her, saying she wasn’t allowed it. They said “oh” and we moved on. I later offered Harley some cheese and a taste of avo, both of which she refused.  However, sitting there at Mugg & Bean, Dean’s aunt proceeded to scoop up some guacamole with her finger and SHOVE HER FINGER IN HARLEY’S MOUTH! I quite sternly told her, “You DON’T put food in my baby’s mouth!” – she didn’t apologize, just looked a bit aghast that I would correct her.

Really though, who does that? Why would anyone think it is okay to feed someone else’s baby, especially without asking the mom first? And to use her finger, which who knows if it’s clean or if she even washed her hands after whatever shopping she’d been doing! Dean’s sister was also horrified, and I honestly feel so bad her for when it’s her turn with a baby – on the one hand I’ll have broken in her family, but on the other hand it might be much harder for her to tell her own family members what to do.

I cleared the air with the family, making it abundantly clear that Harley was never going to eat baby food, that no one was to feed her except me and Dean, just as no one was to discipline her except me and Dean. It’s bizarre to me that I’d even need to make those kinds of statements, that I’d need to clarify any confusion, but at least now I have, so it should be totally clear what is and is not allowed with my baby.

I am so tired of people of a certain age telling me and Dean how to raise our little goblin. Their advice is all based on when they had kids, 20-30 years ago. I get it, they have some cool things to pass on, but a lot of it is dangerous and proven to be incorrect. Plus, it’s not even like they were particularly well informed back in the day. So it’s not advice from 40-60 year old ladies based on a wealth of experience, it’s 20-30 year old advice from a 20-25 year old mom. Some of it might have worked for them, and that’s great, but I’m Harley’s mom and I know what’s best for me and her.